Rand Bishop’s dreams of Olympic gold were shattered years ago but he’s left that all behind, settling into a new career and lifestyle that would make any man jealous. While he may not be competitively racing down the ski slopes anymore, he’s just as happy getting his rocks off as a Fantasy Maker for The Silo.

He’s good at what he does.

But while life couldn’t be better for Rand, it seems to be falling apart for Catherine Lyons Vaughn, the dark haired, brown-eyed beauty that has captivated an entire sex club.

Having spent years degrading herself on her husband’s whim and now left destitute after his death, Catherine has hit rock bottom. With nothing but her body to peddle, Catherine is merely trying to figure out how to survive in a harsh, cruel world. Lucky for her, Rand has taken her under his tattooed wing, and he’s determined to give her a safe life where she can be the woman she was always meant to be.

Now all Catherine has to do is believe she deserves the chance.

This book has sex in it. Lots of sex. Dirty sex. The Wicked Horse Series is a bit different than what Sawyer Bennett normally writes. While you’ll still enjoy fabulous characters, a suspenseful story, some witty banter and an epic romance, there’s just… a lot of sex. You’ve been warned. 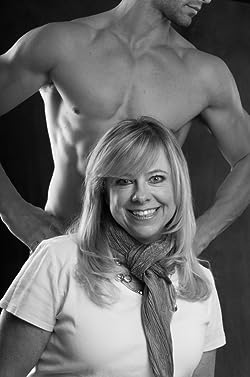 New York Times and USA Today Bestselling Author, Sawyer Bennett is a snarky southern woman and reformed trial lawyer who decided to finally start putting on paper all of the stories that were floating in her head. Her husband works for a Fortune 100 company which lets him fly all over the world while she stays at home with their daughter and three big, furry dogs who hog the bed. Sawyer would like to report she doesn’t have many weaknesses but can be bribed with a nominal amount of milk chocolate.

Sawyer is the author of several contemporary romances including the popular Off Series, the Legal Affairs Series, the Last Call Series and the Carolina Cold Fury Hockey Series.

Wicked Need by Sawyer Bennett
My rating: 5 of 5 stars

Sawyer Bennett’s writing is edgy, emotional, honest, and captivating that can be breathtaking most times. Brilliant, just Brilliant.

This is the third book in The Wicked Horse series, but as the previous installments can be read as standalone.

Wicked Need was written with a deep, beautifully flowing and meaningful story-line; a great plot, and well-developed, deep, memorable characters that felt so real I could almost touch them. Their conflicts and resolutions were so expertly handled, that they make me cry, smile, gasp, and swoon.

This was by all means an all-consuming, moving and emotional story with of course, passionate, hot sizzling scenes. However, this story isn’t just a love story, it is about trust, strength, and about finding and accepting yourself as well. It is a story about healing.

The chemistry between Cat and Rand is captivating, enthralling, and intense. Not only that I felt really connected with the story in so many levels, but I felt Cat’s and Rand’s emotions like they were my own, every single one of them, even their pain.

Cat’s story really took me by surprise. I really felt so sad for her. Her freaking dead husband was nothing but a f**ing monster. I’m so glad she had Rand by her side.

I can’t describe how much I enjoyed this book. I was sucked in from the beginning and I didn’t want it to end. This is a story that literally had my heart racing the whole entire time.

ARC provided by the Publisher via NetGalley in exchange for an honest review. However, as I always do I did purchased my own copy!