Welcome to the Cover Reveal of
The Director by Lily White!

The Director by Lily White

Everybody wants to be an actress, right?

The lights, the camera, the action? The fame, the money, the beauty and esteem. It’s all part of the package.

Unless, of course, you’re part of HIS films.

Ethan Cole was one of the best directors in the business until the day he disappeared. He was charismatic, gorgeous, intriguing and so brilliant that no other person could compare. People believed he’d simply quit. In truth, he’d gone underground.

I found him after being stolen from the streets. I was thrown into his new world,

his fantasies, his decadent chaos, and I found myself fighting just to stay alive.

He seduced me while tormenting me.

Made me a star while keeping me hidden from the public’s eye.

He asked me one simple question before shoving me in front of the glittering lights and dark lens of his camera.

One question, requiring only one response:

Lily White is a dark writer who likes to dabble on the taboo side of eroticism. She is most known for her Masters Series (Her Master’s Courtesan and Her Master’s Teacher), Target This, Hard Roads, and Asylum. She’s co-authored Serial (a four part serial series). When she isn’t writing as Lily White you can find other books by her under M.S. Willis where she has penned the Control Series, the Estate Series, Because of Ellison (contemporary romance), and Standard Romance Story (Romance Comedy). Lily enjoys stretching her writing muscles by continuing to challenge herself with each book she publishes.

In addition to writing, Lily is an avid reader, gummy bear slayer, and a gold medalist in puppy naps. 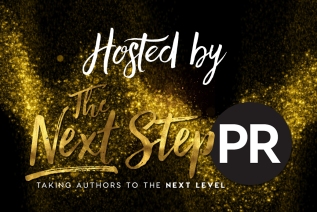