Check out the sneak peek below and pre-order your copy of
SHADOW AND ICE today! 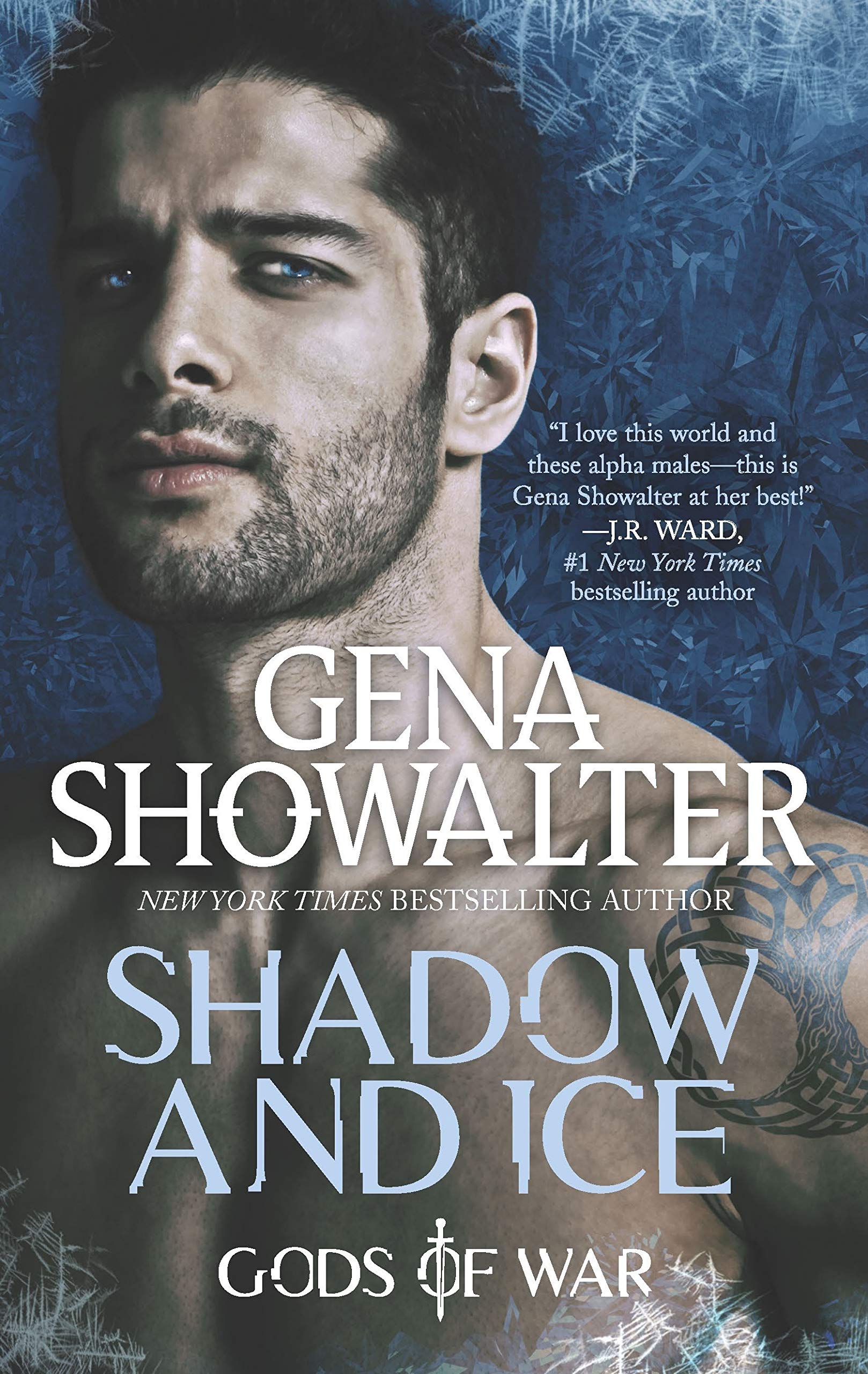 Gena Showalter, the New York Times bestselling author who brought you the Lords of the Underworld, introduces a scorching new paranormal romance series… Gods of War.

Knox of Iviland has spent his life competing in the All Wars, where vicious warriors with supernatural powers fight to the death to claim new realms. One winner takes everything—and all losers die. Enslaved as a child for his ability to control shadows, the most ruthless champion in history will stop at nothing to kill his king. But first he must win the battle for Earth. When a fearsome weapon imprisons every combatant in ice, centuries pass without progress…until she walks in.

Vale London craves a fun arctic getaway with her foster sister before settling down to open a bakery. Street-tough but vulnerable, she is unprepared to find ancient gods escaping a frozen cave—merciless beings who target her when she inadvertently enters their war.

Though Vale is now his enemy, Knox is consumed with lust and a fierce need to protect her. But only one combatant can prove victorious, and he will have to choose: live for freedom, or die for love.

Gena Showalter is the New York Times and USA TODAY bestselling author of the spellbinding Lords of the Underworld and Angels of the Dark series, two young adult series–Everlife and the White Rabbit Chronicles–and the highly addictive Original Heartbreakers series. In addition to being a National Reader’s Choice and two time RITA nominee, her romance novels have appeared in Cosmopolitan (Red Hot Read) and Seventeen magazine, she’s appeared on Nightline and been mentioned in Orange is the New Black–if you ask her about it, she’ll talk for hours…hours! Her books have been translated in multiple languages.

She’s hard at work on her next novel, a tale featuring an alpha male with a dark side and the strong woman who brings him to his knees.

You can learn more about Gena, her menagerie of rescue dogs, and all her upcoming books at: