They say it’s always the one you least expect …

Andino Marcello made his choices—the right ones for duty and famiglia. But even the right choices have consequences. He’s never been more aware of that fact than he is now. The thing is, Andino isn’t the same man he once was. The mafia wants what it wants. He’ll push until they all break. Even her.

Haven Murphy needs to move on—from her pain and the man who caused it. But the faster she tries to run, the more things stay the same. She never thought it would end like this for them. The thing is, Haven isn’t the same woman she once was. The heart wants what it wants. She’ll fight until it all lets go. Even him.

How far will he go for love?
All the way to the very bitter end.
That’s his vow.

SEE WHERE IT ALL STARTED 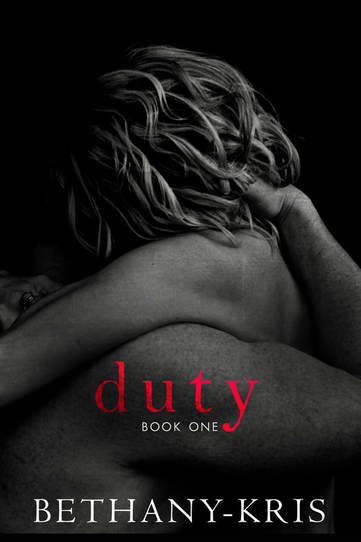 They say heavy is the head that wears the crown …

Andino Marcello’s world is turned upside down when he becomes the next heir apparent to the Marcello empire. He was comfortable in his place as a Capo, but comfort is for the weak in the world of mafioso. The boss’s seat is waiting. It takes meeting a tattooed beauty who has no idea who Andino is or the criminal legacy he now carries beneath his three-piece suits, and charming smile for him to finally bend the rules set out for him. That doesn’t mean he can keep her.

They say things that never challenge you won’t change you …

Haven Murphy is doing her own thing, and she does it well. The owner of a successful Brooklyn strip club, she makes it her only goal to never fail. She’s just trying to live her life when a morning jog puts her face to face with a man that will change the direction of her life with a single conversation. She knows there’s a dark side to him beyond his good looks, and three-piece suits, but it’s hard for her to care when she wants him. That doesn’t mean he can be hers.

Because duty waits on no one.

Bethany-Kris is a Canadian author, lover of much, and mother to four young sons, one cat, and two dogs. A small town in Eastern Canada where she was born and raised is where she has always called home. With her boys under her feet, snuggling cat, barking dogs, and a hubby calling over his shoulder, she is nearly always writing something … when she can find the time.